Mathematical statisticians such as Richard von Mises talked about objects posessing probability much as they have mass, height, etc. A common example is a coin and investigating the probability of getting heads as an outcome, or p(heads) for short. Note that p(heads) doesn't have to be 50%. That would only happen in the case of a fair coin. Please check out my Frequentism, or How the World Works article for coin flipping results and general information.

But just because something has two sides or outcomes does not mean that each outcome has the same probability of occuring. Consider a tack: 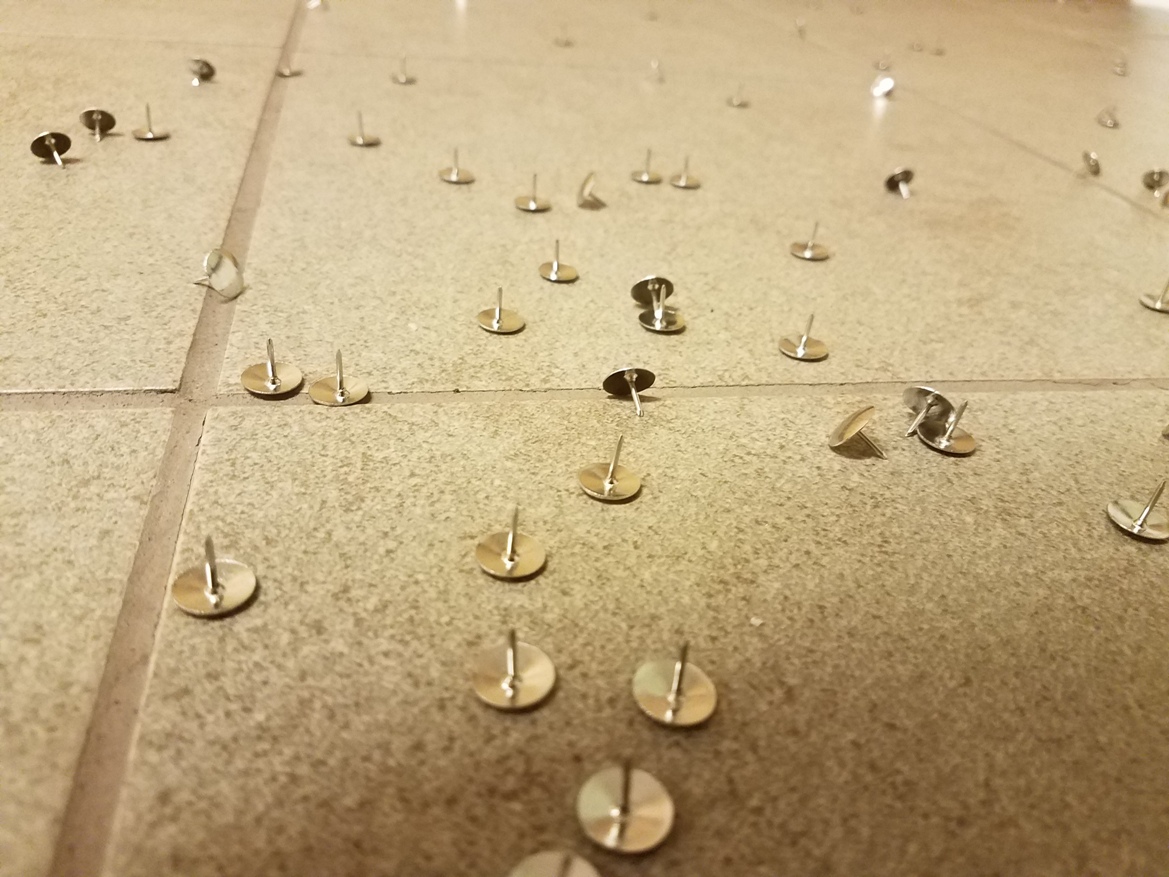 We will look at p(side) and p(flat) (one can also think of "flat" as "point up"). To do this, we will be throwing many tacks. I have this box of tacks: 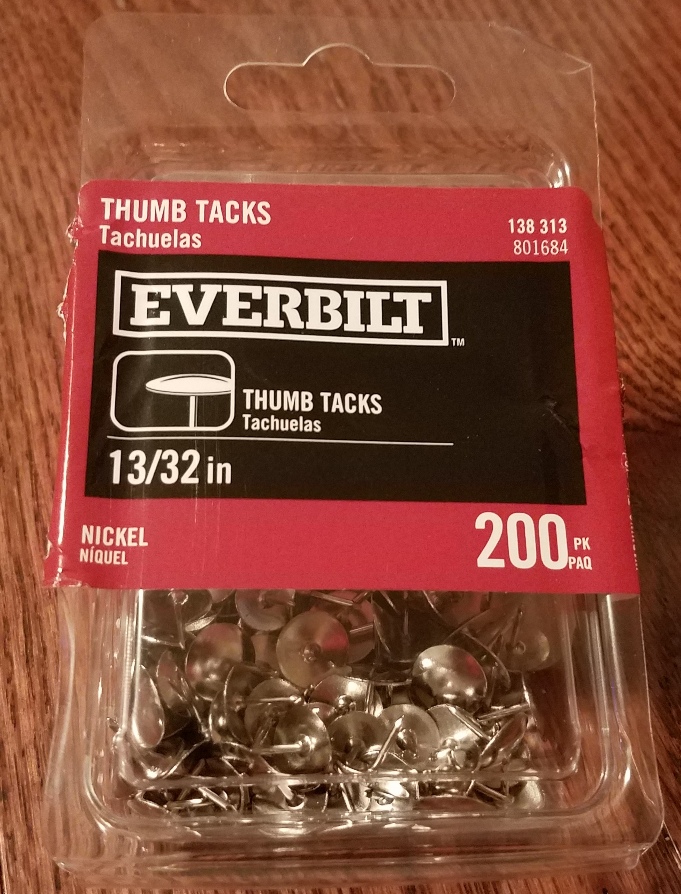 I will be shaking it, then tossing it against my tiled kitchen floor. All tacks will bounce around, some will hit a wall or two, etc. Then I will simply count the number tacks that landed on their side. I will do this for each trial, and I will do this for 10 trials. The randomness of the process and keeping track of the long-term frequencies combine to give us a reliable probability. Oh, quick note. The box says 200 tacks, which is true, but upon inspection of each tack, I discovered one that was severely bent, so I discarded it. So I was tossing 199 tacks for each trial.

Here are some pictures I took after I did a throw for a trial (shown for 3 trials): 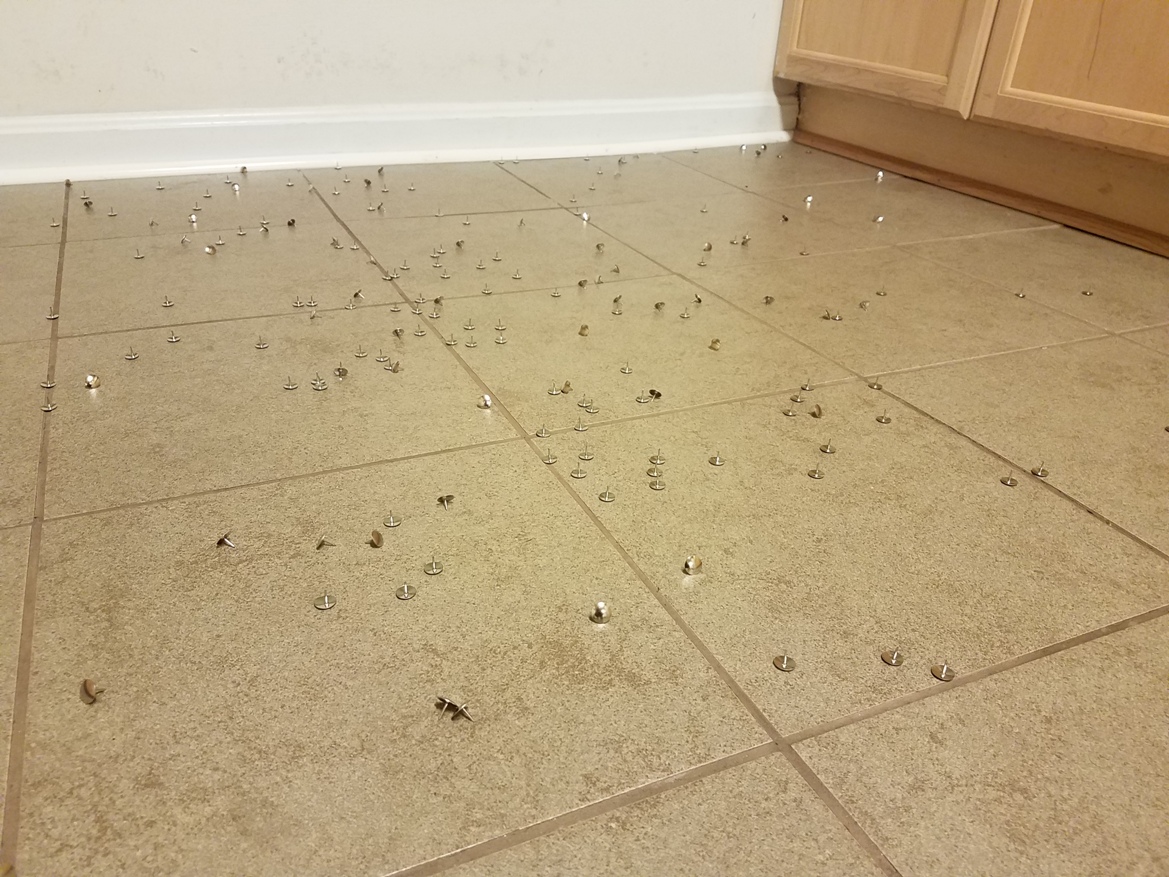 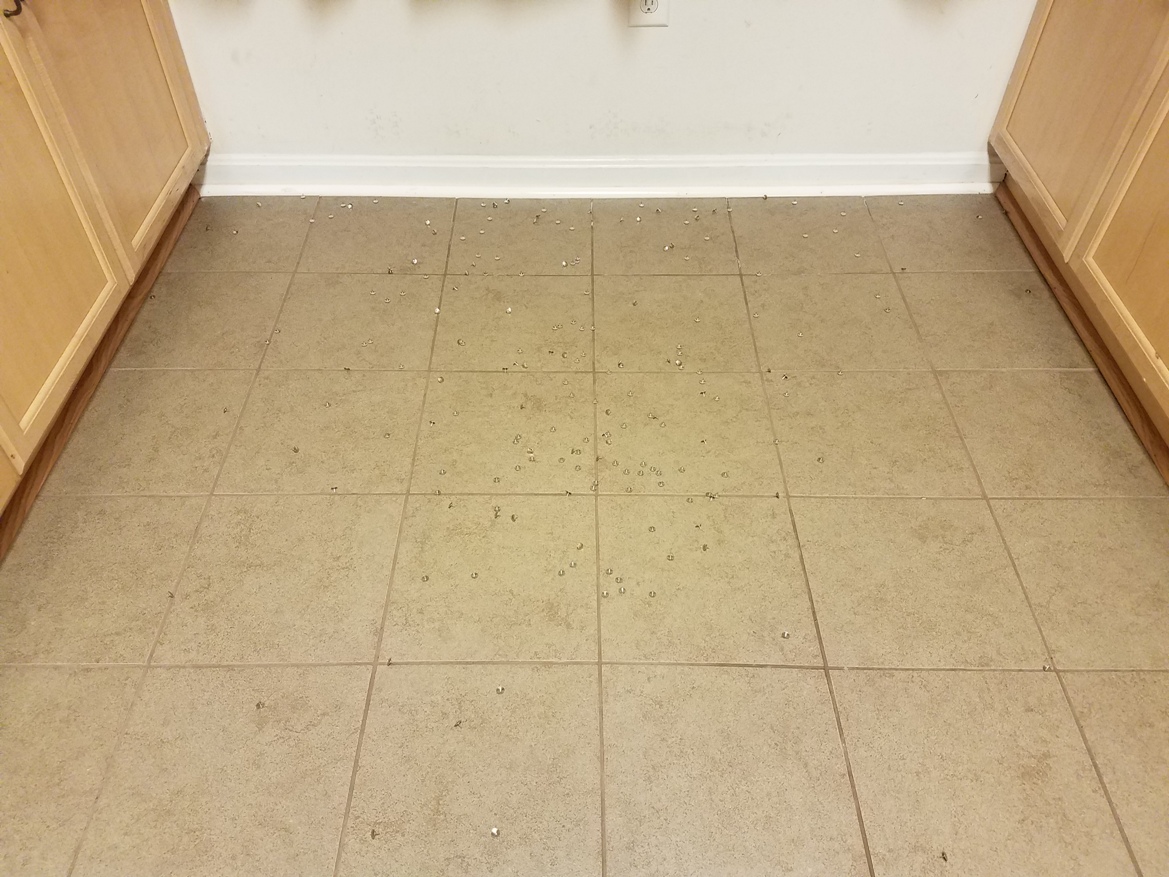 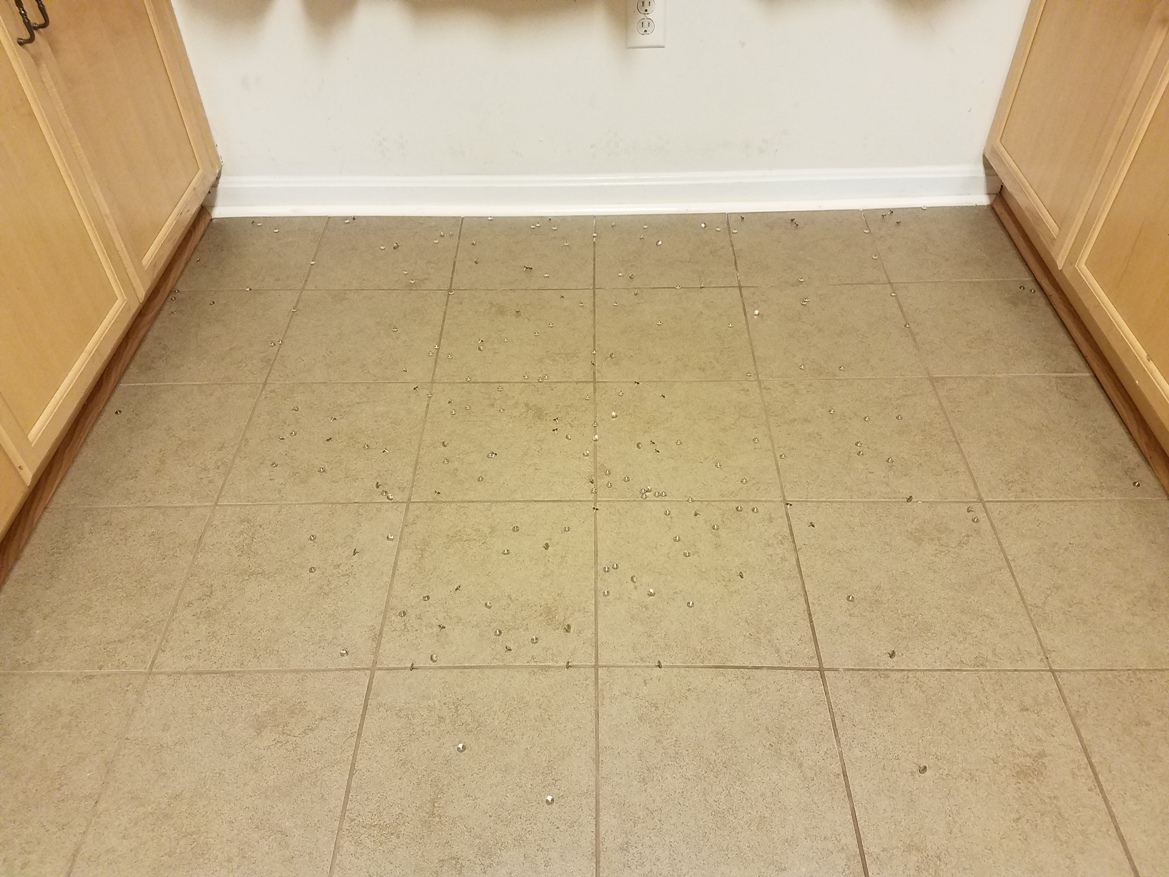 And here are the results:

We can see the overall result is p(side) = 39.2% and p(flat) = 60.8%. I hope to do more of these tack flipping experiments in the future, and flip other objects as well. The more trials you do, the closer you get to the probability on average. Thanks for reading.