The Universe and You

Many religions, philosophies, meditations, heck, even exercise regimens, claim to help make you be at one with the universe (substitute god or whatever you like), as well as experience the "there is something bigger than me out here" feeling. I found a way that immediately worked for me and may work for you: look through a telescope.

I was an undergrad in the late 90's, trying to figure out what to major in. I liked science and mathematics in highschool so I took a 100 level Physics class called "Outer Space: Solar System". A year or so later I took the "Outer Space: Stars" class. These were non-calculus based classes (some minor algebra though) for students to get a good understanding and appreciation of astronomy. I ended up majoring in Mathematics, and later Statistics in graduate school, but that is another story.

One night the professor had a telescope viewing party type of thing, so I went. My very first look through the telescope and I clearly saw Saturn and its rings. It was like what I would describe as sudden enlightenment.

I was reminded of the Chinese scroll paintings where there is an extremely large, fog covered mountain, and you can just barely make out a teeny weeny human standing among the rocks and trees. Saturn however, is, on average, 790,000,000 miles away from Earth. This is many, many orders of magnitude smaller than the Daoist on the mountain. But here I was seeing it. 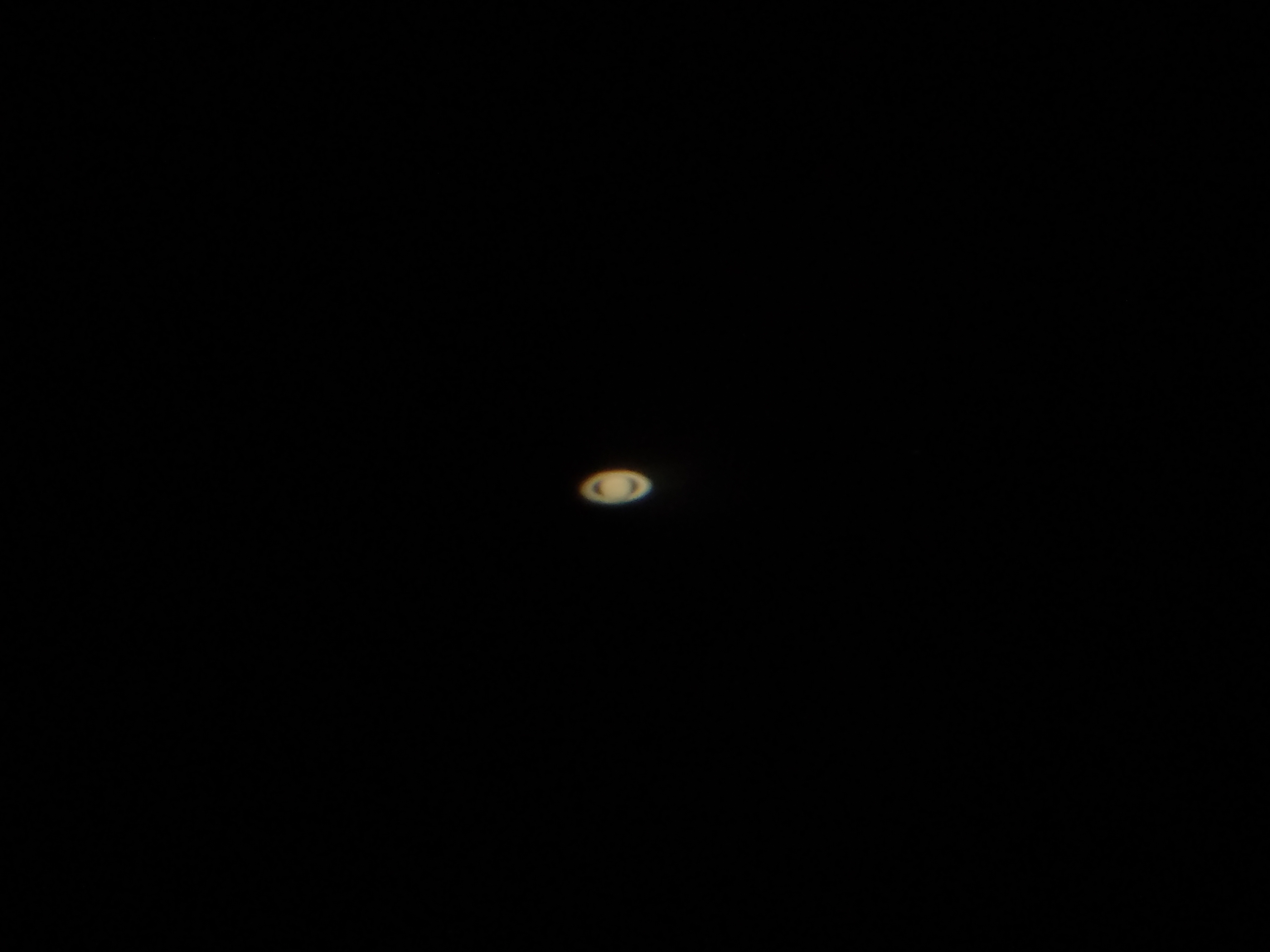 (a recent, slightly less better photo of Saturn through my telescope)

Recently I bought our first entry-level-but-definitely-not-department-store-at-the-mall telescope, an 8" Dobsonion. I had to wait 20 years for this. However, even a decent pair of binoculars and a star chart for that night/month is good enough to get started seeing the stuff around us.

Do you want my silly old man advice to those of you searching for the human feelings described in the first paragraph? Let the night enlighten you. The stars and stuff up in the sky are objective. They are there no matter what you believe or fail to believe in. They don't suffer from human politics.

Clear skies to you and yours, and thanks for reading.