Sum of Rounded vs Rounded Sum

I always wondered about the following question, so I did a simulation to get data and see what I could discover. The question is this, how often can we expect the sum of rounded numbers to equal the rounded sum of the same numbers? This situation can occur in practice. One example, is in a survey publication, where, for a variety of reasons, sums of data in categories may not be equal to the grand total over those categories.

I created a spreadsheet to simulate this using Excel and Visual Basic. Check it out here. You first decide how many numbers you want to sum. The random numbers are of the form rand()*10, where rand() is a pseudo-random number between 0 and 1. Next, enter in the number of iterations you want to run the simulation for. Last, simply run the Simulate macro. 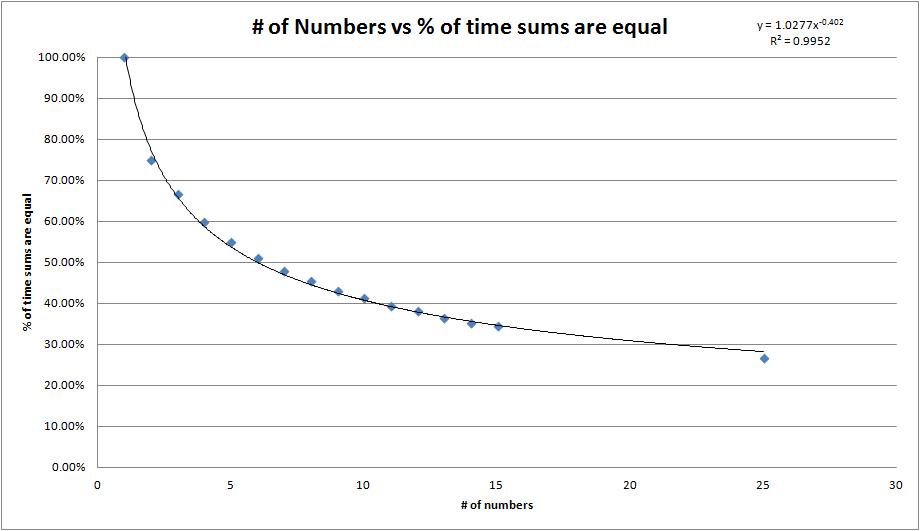 Next, I wanted to see what happened to the percent of the time the sum of rounded numbers is equal to the rounded sum by using a larger number of numbers being summed. Here is a table of the results: